That’s what reading is all about, isn’t it? Getting to go to a new world, with new people, and new situations? As a writer that’s exactly what I strive to create. I write with the reader in mind who wants to be fully immersed in this new world.

One thing that sets me apart from other writers is my use of strong descriptive language. As a writer with roots in photography, which might not make sense but stick with me, I’ve learned to look for the obscure.

When taking pictures, what’s the fun in recreating the same picture that’s been done a thousand times before? Nothing, that’s for sure. And it definitely won’t make you stand out. I learned through photography to look at things with quite literally a new perspective. I learned to change up the angle and focal point of my subject. The same can be said for my descriptive language. 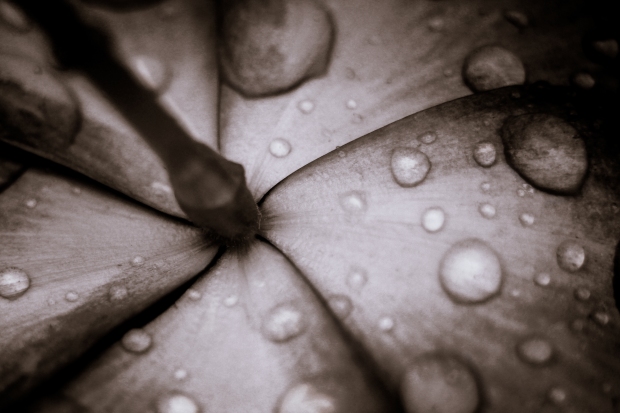 By the way, here’s a shameless photo insert to not only show what I mean about varied perspectives but also show off my photography skills.

When I write I use this same idea about using obscure and new perspectives. I aim to write so that it not only feels like you’re in the room with the main characters but that you’re standing right over their shoulder. I do this by writing with all of the senses. Take this snippet from my first novel, Lost Girls, for example:

“In the darkness, she was unable to tell which way was up from down. Somewhere close by, droplets of water collected on a soaked surface. The musty odor from the room reminded her of her grandmother’s cellar, which was only used as an overstock grocery store despite the fact it frequently flooded. The dusty dryness overpowered the remnants of assorted alcohol on her breath. The humid room left her feeling warm except for cold spot around her left wrist. She pressed herself upright. A few uncomfortable pressure spots dug into the back of her legs. A feminine sound, like the conversation among women, was carried through the cave-like chamber she found herself residing in.”

Here’s another example from The Seventh Day of using descriptive language in my writing. This example doesn’t use all of the senses, but it does use unexpected words and other literary devices like similies to help you feel immersed in this fictional town:

“For a moment, everything was still. Even the rolling wind, the projection behind the stampeding storm, was calm. A purple flash of light split open the otherwise lightless sky. The limbs of the wasted trees quivered in the overpowering gusts. Matt sped back across town as buckets of rain slid up his windshield. The wipers thrashed from side to side barely fast enough to leave an unobstructed view of the swamped road in front of him. Thunder cracked like the snapping of a tree from its roots. Matt slowed, looking up at the sky. In all his life he’d never seen a storm this bad. He remembered his parents once telling him about a tornado that ripped through Redport years and years ago and how the sky had an emerald tint to it just before the spinning winds hit. Thankfully, nothing but the black sky lingered overhead. Even still, Matt’s heart pumped adrenaline through his body. He sensed something major was right around the corner.”

Here’s a fun fact about me—I once, as a challenge to myself, wrote an entire short story using only dialogue. That’s right, just dialogue. No “he said,” or, “Katie said,” or anything like that that would help the reader identify who was speaking. It was a challenge that I almost gave up on, but I stuck with. When I shared it with some beta readers I surprisingly got outstanding feedback.

How was I able to write a dialogue-only story? Simple. I work through every character I write by creating a character development page for each one. By doing so I know the inner workings of these characters. I know how they’d react, and more importantly how they’d talk. That way I’m able to write compelling dialogue for each character.

Pair this with my descriptive language, and you’ve got a great story in your hands.

In case you didn’t already see it coming, here’s an example of this marriage between description and dialogue from Lost Girls:

“You think I have a crush on you? Please.” She tried to play it cool but on the inside, she wanted to scream.

“I swear I have no clue what you’re talking about.”  Felicity took another slow sip of her daiquiri. He too sipped the beer he brought over with him to playfully mirror her actions.

“When I went to open the door for you at that school. I had to lean across to open it with my left hand. When I looked back your eyes were closed and lips were puckered.”

“I have never been more embarrassed in my life,” she mumbled hiding her face in her hands.

“No, it was uh, it was kinda cute.” He took another sip of his beer to mask the grin forming across his face. “But seriously you can’t be drinking a daiquiri at a bar. Let’s get you a real drink.” Brady pushed the daiquiri aside. Perching himself on the edge of the bar stool, he tossed his veiny arm in the air. “Can we get two whiskeys on the rocks?”

“You do now.” He flashed his Hollywood smile again, the same smile that made her weak in the knees just thinking about it.

His golden skin tone accentuated the flawlessness of his perfectly carved jawline. He slid the frosted tumbler to Felicity without ever breaking eye contact with her. He swallowed a mouthful of the amber alcohol with ease. Felicity, on the other hand, tried her best to contain a cough designed to expel the suffocating burn.

Repositioning himself on the stool, he rested his elbow upright on the bar and traced the brim of the glass with his index finger. The two started to gain the attention of the bar, particularly the women. They whispered amongst themselves, something Felicity was well used to, as they tried to figure out how a man like Brady could willingly be seen with a Plain Jane like herself. Deep down Felicity wondered the same thing. She just assumed he was different from the other men who have ever come and gone from her life. She thought maybe the trace of salt and pepper along his prickly beard and tiny wrinkles around his eyes gave him a sense of maturity. More realistically though she thought it was his tormented midnight blue eyes. At first glance, they seemed normal. It wasn’t until peering deep within that it was clear they had a secret inside just dying to be told.

Keeping her eyes locked on his mysterious eyes she took another sip of whiskey. Her eyes watered as she tried to hold down the cough again. Alcohol, in general, was not her kind of thing. Brady laughed silently under his breath at the sign of her distress.

By reading one of my works, regardless if it’s a full-length novel or a short story, you’re guaranteed to be transported directly into the story. You’ll be so engaged with the words dancing across the page that you won’t be able to stop reading. Before you know it you’ll be on the last page of the book and not ready for it to end. You’ll find yourself turning the page and wanting more, only to be disappointed that you’ve finished reading it.

Such simple things make all the difference.